The Museo degli Innocenti (Museum of the Innocents) in Florence has just undergone a major renovation and reopens to the public on Friday, June 24, 2016. The institute is located in the old Spedale degli Innocenti (Hospital of the Innocents) in Piazza della Santissima Annunziata, designed by Filippo Brunelleschi in 1419, funded by the Silk Guild, one of the wealthiest guilds in Florence. Enriched over time with works by famous artists, this precious historical and monumental complex is today the home of the Museo degli Innocenti. 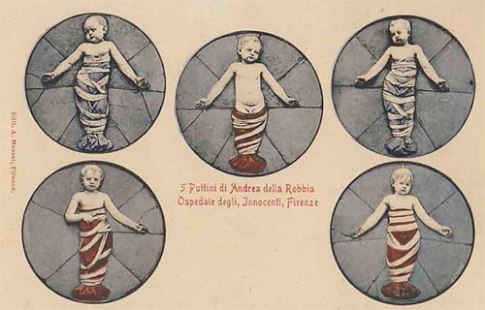 Needle for vaccinations from the Istituto Vaccinogeno Firenze

The new museum tells the story of one of the oldest institutions in the world dedicated to the care and welcoming of children, the Istituto degli Innocenti (Institute of the Innocents) has worked uninterruptedly for centuries. Founded at the beginning of the fifteenth century, it was the first secular institution dedicated to taking in children as an orphanage. A special part of the museum itinerary tells the history and evolution of the Institute of the Innocents through 70 biographies and personal memoirs of the children who were welcomed in the orphanage.

Since opening its doors in 1445 until its closing in 1875, the charity hospital accepted abandoned children who were anonymously left for various reasons, illegitimacy or for lack of resources to properly care for and raise a child. Upon arrival, each foundling was named and identified in registers which are still part of the archive.

Identification was many times described by small identifying objects that were left on an infant by the mother such as silk ribbons, necklaces, lockets, pictures, or coins that were cut in half, presumably so that the mother had recognition proof in case she wanted to reclaim the child at a later time. The museum features some 140 of these personal objects that were primarily left in the 19th Century.

Names were invented sometimes based on these identifying objects. The first abandoned infant accepted was called Agata Smeralda (Agate Emerald), perhaps because she was left with a family gem? Other names were given due to the circumstance. Common Italian surnames such as Trovato means “found,” while Innocenti or Nocentini derives from “innocents,” and Esposito means “exposed to be found.”

In the hospital, the babies were wet-nursed, given medical care, raised, educated trained in skills, and many were joined with foster families (with some compenstation) and inserted into society. Many, however, did not live long enough to reach this point. The archive is also full of historic photographs, and personal letters, with so many stories to tell. 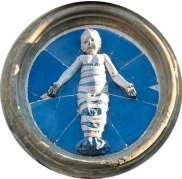