A solo exhibition of jewelry, drawings, and objects by Giampaolo Babetto, organized by Galleria Antonella Villanova is presently on display in the Galleria Bagnai space around the corner, through May 23, 2015. Additional works are installed in the gallery by Gianni Dessi, creating an interesting dialogue between the two artists.

Babetto (b. Padova, 1947) is a contemporary jewelry artist hailing from a small but influential group of Italian goldsmiths called the “Padua School,” greatly rooted in geometric, post-modern and minimalist styles with a prominent use of gold. Babetto’s work of the past 4 decades is composed primarily of clean pure forms and abstract elements. His work is fabricated with precision. His designs are first studied on paper with elaborate and expressive sketch drawings that look like they could be for architectural projects, which he in fact also designs, as well as furniture. 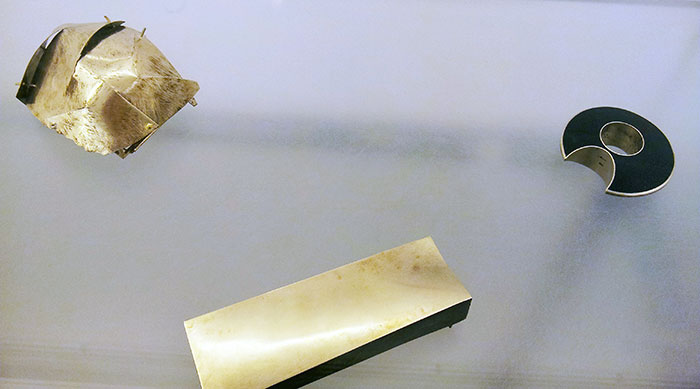 His work is modular and sculptural, but has clearly been developed from drawings which he has translates into a dimensional forms, but with the function of being jewelry. Babetto hopes that each piece is even more interesting once it is worn, rather than simply remaining a sculptural object. Much of his work expresses an inwardness, and in many cases involves colorful pigment and materials. 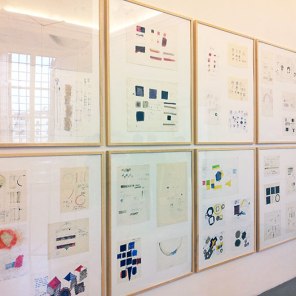 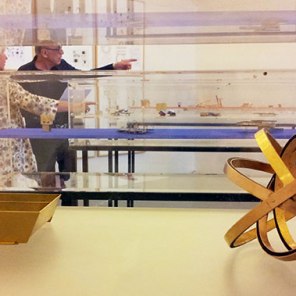 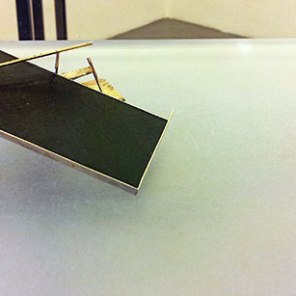 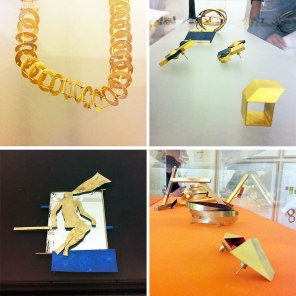 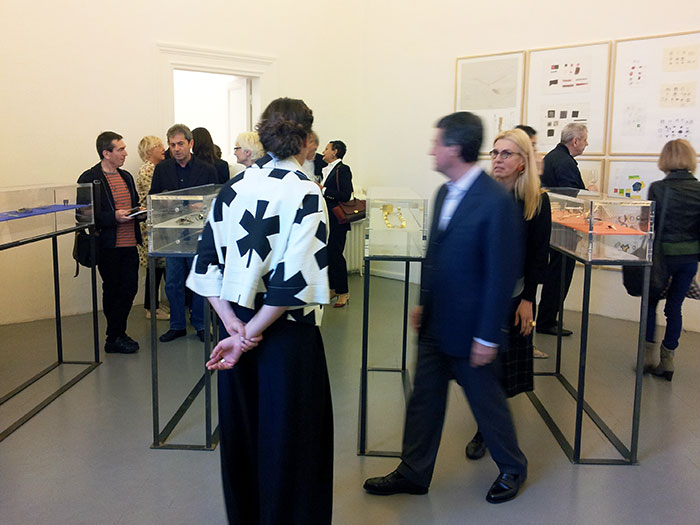 Babetto’s work can be found in some of the most important public collections in Europe and the US including: Victoria and Albert Museum (London), Musee des Arts Desoratifs (Paris), Pinakothek der Moderne (Munich), RISD Museum of Art (Providence, Rhode Island), Kunstgewerbemuseum (Berlin), Galleria degli Argenti (Florence).