Along the Arno River, in the beautiful new exhibition space in Palazzo Ricasoli, the Galleria Antonella Villanova & Alessandro Bagnai is presenting the first monographic exhibition of Delfina Delettrez. The exhibition displays a selection of unique and limited edition pieces from each of Delettrez’s 10 collections, designed in the 5 short years of this young designer’s career to date. Born in Rome, 1987, Delettrez belongs to the 4th generation of the Fendi family — a small detail that certainly didn’t hinder getting an internship with Chanel haute couture, launching her first collection at age 20 in Paris and opening her first boutique 2 months later in Rome with international success. 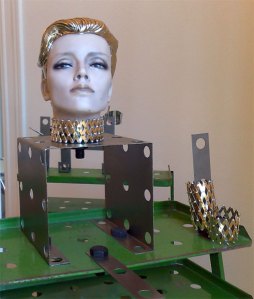 This is an installation of jewelry that incorporates specific contexts and display structures conceived by the designer and differing drastically for each collection. My personal favorite is the 1950’s green assembly line mechanism that slowly rotates the pieces from the Roll-in-Stones (2011) collection, comprised of kinetic designs and vintage mannequin heads creating an atmosphere verging on A Clockwork Orange. The entire piece works well in contrast with the pristine white walls of the Renaissance gallery. 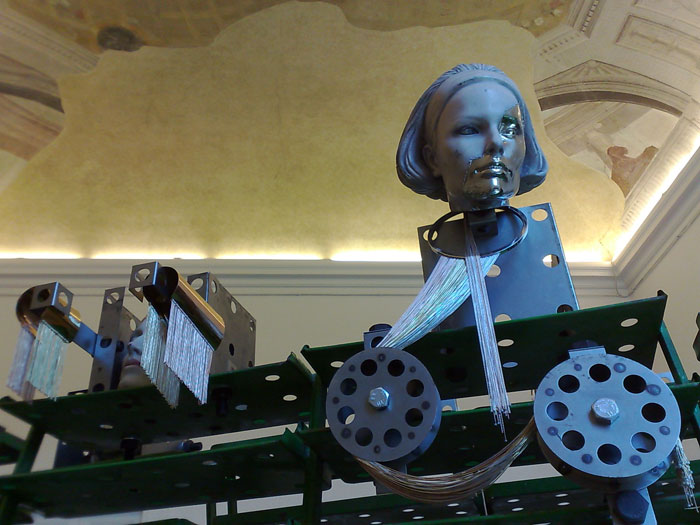 The most recent collection created by Delettrez is Metalphysic (2012), inspired by Roman architecture from antiquity and modern eras. The materials used are gold and classic gems with traditional goldsmith techniques and micro-mosaics with stone and marble, but always composed in an unexpected way combining radically different points of reference such as Giorgio de Chirico’s metaphysical language with Canova’s neoclassicism, and Piranesi’s interest in architectural ruins of antiquity. Displayed on checkered mannequins, this installation was first presented in an atrium on a black and white marble floor creating optical illusions. 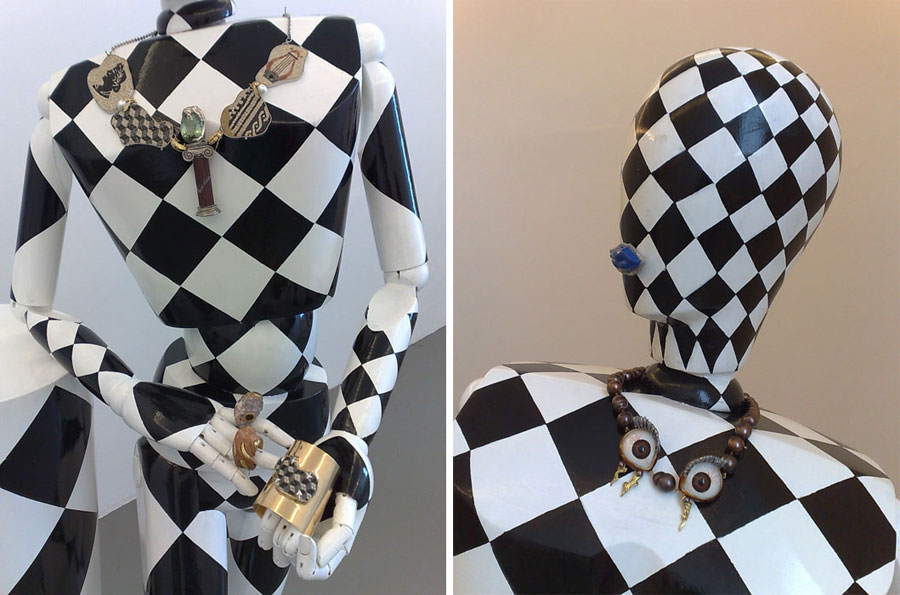 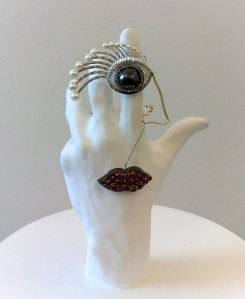 Another collection of similar vein is Anatomik (2009), displayed on Roman columns with protruding facial features and hands recalls, again, de Chirico as well as Salvador Dali’s surrealist emphasis on detached lips and eyes. Below is an example of one of  Delettrez’s most iconographic uses of symbology, the skeleton structure which envelops the body in a morosely yet jeweled fashion. These references to the anatomical are examples of Delettrez’s research of the body and its physical, natural representation within our fantasies and sometimes, our nightmares. 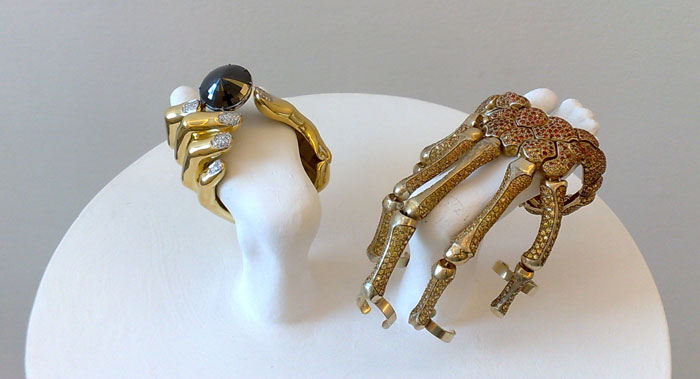 Other collections represented in the exhibition include the whimsically historical Love is in the Hair (2011) displayed with wigs suggesting fantastical female characters and heartbroken narratives and contemporary relics, once again hinting the the fascination with the surreal.

The naturalistic My World (2010) collection is displayed in plastic globes holding their own entomological biosphere. During the opening of the exhibition, they also contained live amphibians, bees, and spiders.

The curator of the exhibition, Emanuela Nobile Mino, writes:

Delfina Delettrez sublimates different sectors of reality into fragmented visions, through unpredictable iconographic juxtapositions and an unexpected combination between extraneous and inconsistent elements….

According to Breton, only by reconciling the two moments that articulate the activities of the human mind (wakefulness and sleep) can we reach a superior reality (the surreal). Delfina moulds her individual universe precisely upon this dichotomic and at the same time osmotic relation, projecting real and imaginary visions, constructions and deconstructions, illusions and sightings, inventions and nightmares, architectures of the mind and sites of the soul upon her works – where all that is divisible finds reconciliation.